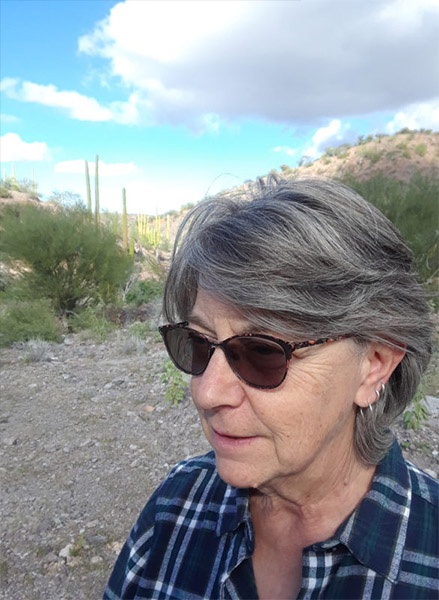 Charlie Kalogeros-Chattan followed her heart from her native New England to Carson Mesa, near Taos, in Northern New Mexico, where she lives off the grid with her husband and dogs, the beetles, coyotes and rattlesnakes. Her work has been published in journals including the Santa Fe Literary Review, Conceptions Southwest, Trickster, and various anthologies; and has been included in the Telepoem Booth Project at the New Mexico Highlands University, in Las Vegas, NM and on the Paseo at Taos. She has an M.A. from the University of Chicago.