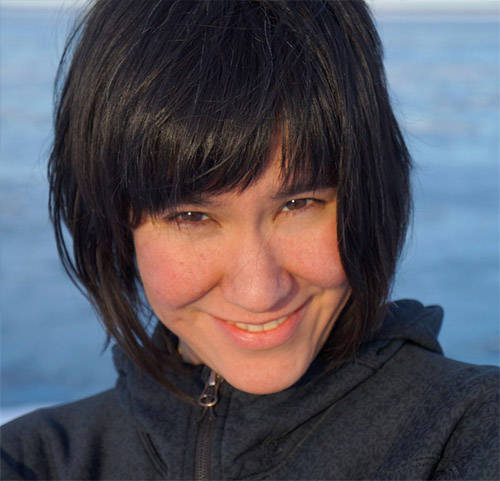 Joan Naviyuk Kane, is Inupiaq with family from King Island and Mary’s Igloo, Alaska. She earned her bachelor’s degree from Harvard College and an M.F.A. from Columbia University. Awards include a 2007 individual artist award from the Rasmuson Foundation, a 2009 Connie Boochever Fellowship from the Alaska State Council on the Arts, a National Native Creative Development Program grant, and a Whiting Writers’ Award for her first book, The Cormorant Hunter’s Wife. She received the 2012 Donald Hall Prize for her second book, Hyperboreal, published by Pitt Press. She is the recipient of the 2013 Native Arts and Cultures Foundation Literature Fellowship, the 2013 Creative Vision Award from United States Artists, a 2013 Rasmuson Foundation Artist Fellowship and will be the 2014 Indigenous Writer in Residence at the School for Advanced Research and faculty for the MFA program at the Institute of American Indian Arts. Along with her husband and sons, she lives in Anchorage, Alaska. (photo credit: Seth Kantner)