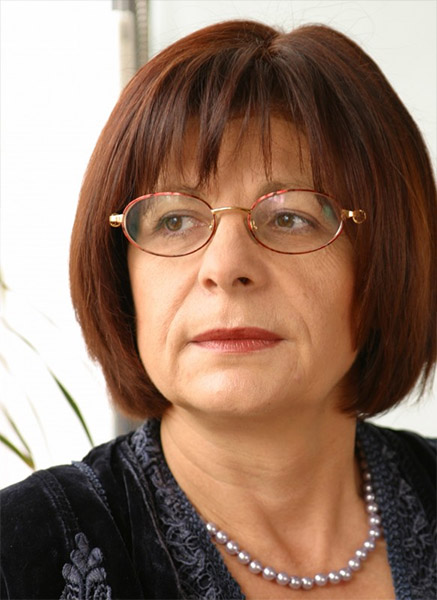 Katica Kulavkova (Ćulavkova) was born (1951) in Veles (ex Yugoslavia). She is Professor of Theory of Literature, Literary Hermeneutics and Creative Writing at the University of Skopje, a member of the Macedonian Academy of Sciences and Art,  the European Academy of Sciences and Arts (Salzburg), and Vice President of PEN International. She lives in Skopje and studied literature at the University of Cyril and Methodius, at the Sorbonne, and at the University of Zagreb (Croatia). Her first book of poems appeared in 1975. Since then, she has published more than twenty books of poetry (in Macedonian and in translation), as well as two collections of short fictions, one poetic play, and many other books, as both author and editor. Kulavkova has received numerous Macedonian literary awards.