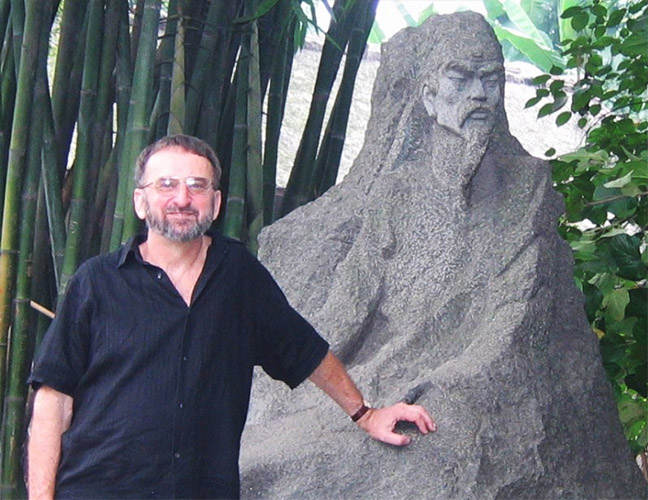 Keith Holyoak, poet, translator of classical Chinese poetry, and cognitive scientist, was raised on a dairy farm in British Columbia, Canada. Currently a Distinguished Professor of Psychology at the University of California, Los Angeles, he has been a recipient of a Guggenheim Fellowship, and is a Fellow of the American Association for the Advancement of Science. A collection of Holyoak’s translations, Facing the Moon: Poems of Li Bai and Du Fu (Oyster River Press) appeared in 2007. He has also published two collections of his own poems, My Minotaur (2010) and Foreigner: New English Poems in Chinese Old Style (2012), both from Dos Madres Press. His spoken-word CDs are available from Broken Electric Records (www.BrokenElectric.com).