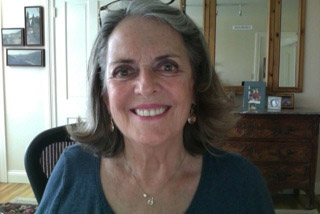 Laure-Anne Bosselaar is the author and of The Hour Between Dog and Wolf, and of Small Gods of Grief which was awarded the Isabella Gardner Prize for Poetry in 2001. Her third poetry collection, A New Hunger, was selected as an ALA Notable Book in 2008. She is the recipient of a Pushcart Prize and her work has been widely anthologized.  She is the editor of four anthologies: Night Out: Poems about Hotels, Motels, Restaurants and Bars,  Outsiders: Poems about Rebels, Exiles and Renegades, Urban Nature: Poems about Wildlife in the Cities, and Never Before: Poems About First Experiences.  Bosselaar taught at Emerson College in Boston and at Sarah Lawrence College in New York.  She currently teaches at the University of California Santa Barbara and is a member of the founding faculty at the Low Residency MFA Program at Pine Manor College.

The Want for a Cloud
Room in Belgium