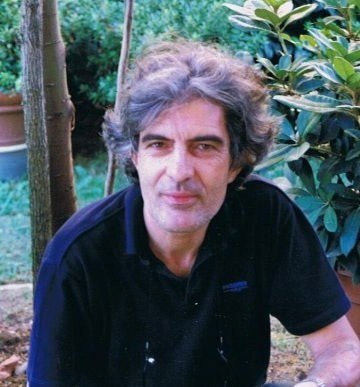 Mario Rigli is a poet, painter, sculptor, writer, and translator. He was born July 7, 1949 in Terranuova Bracciolini, a small village in Tuscany. His first work, Laurine, a book of tales, was published in 1985. His poetry collection, Imaginary Nectar, A Ticket To Hell, was published in 1995. A second poetry collection co-authored with his son Philip, was released in 1998. Rigli’s poems have been translated into numerous languages, including English, French, Spanish, Arabic, Hindi, Pangasinan, Portuguese, Macedonian, Russian and German. In 2011 many of his poems were translated into Hindi by Indian translator Vijaya Kandpal, and in 2013 a poetry collection Fragments of the Moon, was translated into Arabic by Nizar Sartawi, and published in Jordan. He was also included in The Second Genesis (2014), published in India. Rigli translated hundreds of poems into Italian, including Munir Mezyed’s The Grapes of the Vine of Heaven (2011).