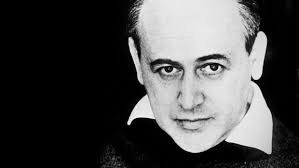 Paul Celan (1920–1970) was a German-language poet and translator. He was born to a Jewish family in Cernăuți, Romania (now Chernivtsy, Ukraine). In 1941, after the Nazis had taken the country from Soviet troops, the Romanians deported a large number of Jews after forcing them into a ghetto, where Celan translated Shakespeare’s Sonnets and continued to write his own poetry. Before the ghetto was dissolved in the fall of that year, Celan was pressed into labor, first clearing the debris of a demolished post office, and then gathering and destroying Russian books. He remained imprisoned in a work camp until Soviet troops liberated it in 1944. He became one of the major German-language poets of the post-World War II era, though he also wrote in French and became a French citizen in 1955. He committed suicide by drowning in the Seine.