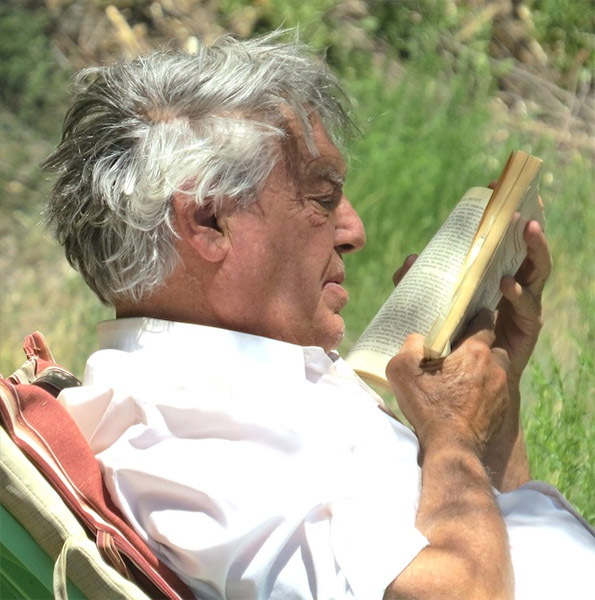 The son of a Freudian psychoanalyst, Jim Levy grew up in Los Angeles and Taos, New Mexico, graduated from U.C. Berkeley in English and History, was the editor of “The Fountain of Light,” and was married to the woman who later became the Buddhist teacher Pema Chödrön. Levy and his current wife, Phaedra Greenwood, also a writer, live in Arroyo Hondo, New Mexico. Levy has been writing most of his life. He decided at age 74 that it was time to start publishing his books. In 2015 he published Corazón (and Merkle), a book about two dogs, The Proper Distance, selected poems 1959-2014, and The Poems of Caius Herennius Felix, which is about a first century Roman Spanish poet. In 2016 he is publishing Joy To Come, fifteen literary and cultural essays, Blue Syntax Songs, a compilation of aphorisms, meditations and quotations, and The Fifth Season, about becoming old.

The Poems of Caius Herennius Felix