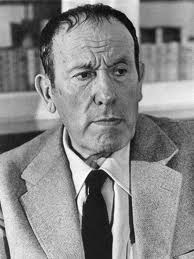 Hailed by Prime Minister Jacques Chirac as “the greatest French poet of the 20th century,” René Char (1907-1988) enjoyed a literary career of over sixty years. He was influenced by the surrealists, his love of his native Provence, and social activism. He was an active participant in the French Resistance movement, as well as an outspoken critic of nuclear missile silos in France. Known for his economy of style, including his aphorisms and short bursts of prose, Char’s poems are thick with imagery, mysterious, and deeply infused with music and prophetic eloquence. The four poems included in this issue come from Hammer With No Master (Tupelo Press, forthcoming). Le Marteau sans maître, published in 1934, is considered by critics to be Char’s most important pre-World War II collection, and represents the establishment of a poetic aesthetic that would pervade all of Char’s future work.