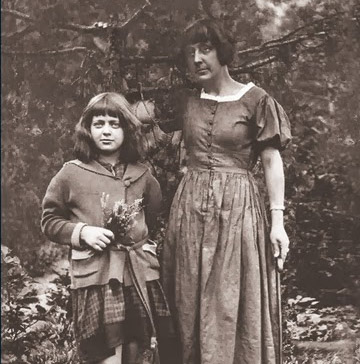 Marina Tsvetaeva (1982-1941) was a Russian poet, born in Moscow, much admired by Joseph Brodsky who stated in 1978: “Well, if you are talking about the twentieth century, I’ll give you a list of poets. Akhmatova, Mandelstam, Tsvetaeva (and she is the greatest one, in my view. The greatest poet in the twentieth century was a woman.” The poems translated here were written as Tsvetaeva was living in exile in Prague, where she lived from 1922-1925, before moving on to Paris, and eventually returning just before World War II to the Soviet Union where she committed suicide, having lost her husband to the KGB, believing she had lost her daughter to the Gulag, and leaving behind a teen-aged son, who did not survive military service in the war. Her daughter, Alya, emerged from the Gulag late in life and did much to preserve her mother’s legacy.

ТАК ВСЛУШИВАЮТСЯ... / This Is How To Listen Attentively . . .
ЭМИГРАНТ / An Emigrant
Untitled