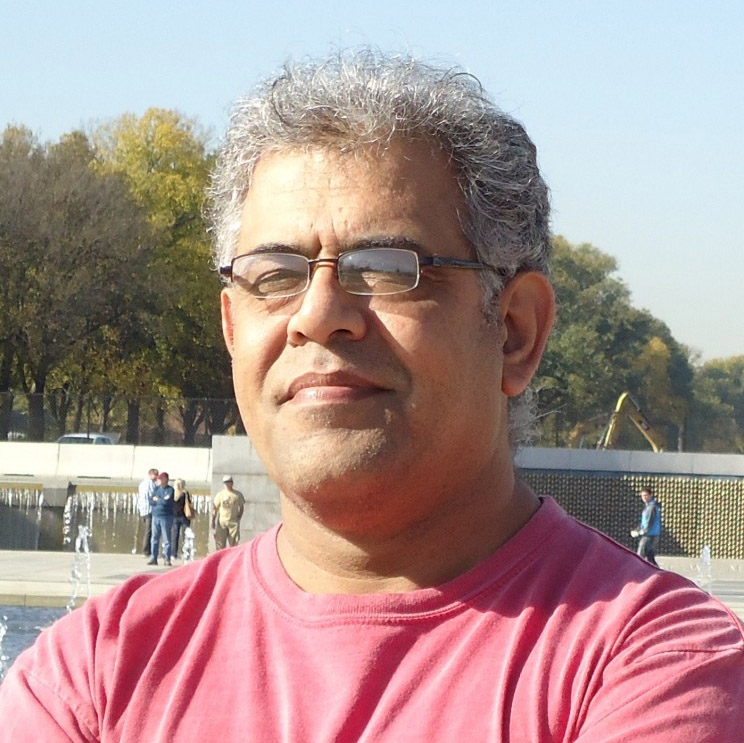 Trained as an architect at Baghdad University, Iraqi poet Naseer Hassan currently makes his living as an award-winning journalist, producing cultural programming on Radio Free Iraq. He has published four poetry collections in Arabic, The Circle of Sundial (1998), Suggested Signs (2007), Being Here (2008), and Dayplaces (2010). His collected poems were published in 2010 by the Arabic House for Publishing in Beirut. In 2011, he was a Resident at the University of Iowa’s International Writing Program. He is an active translator, primarily of poems and philosophical texts, including both European and Asian philosophies.

The Story of (That) Time
Dante/ A Lane/ Al Thawra City
To Be Homer...Forcefully
Ithaca
In the Beginning... and Later
Three Rainy Nights (from the Thousand Nights)